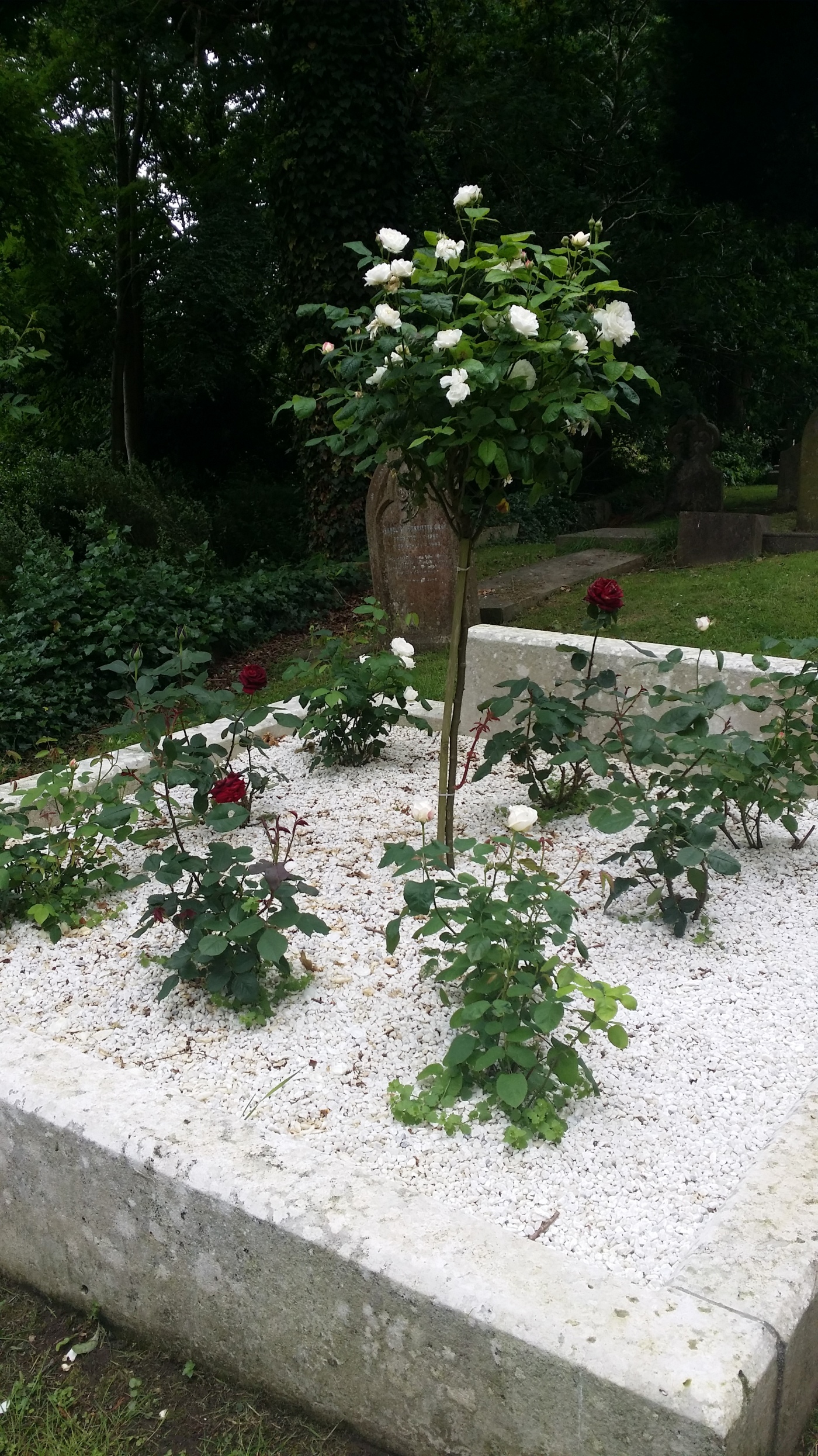 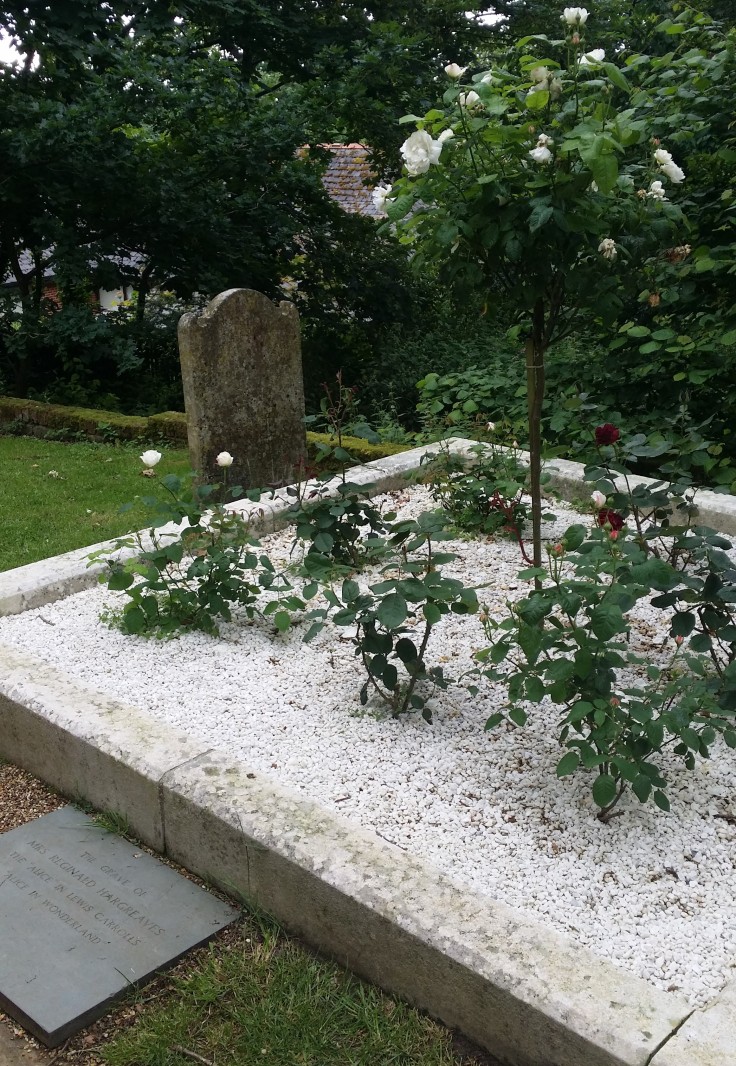 Any fan of ‘Alice in Wonderland’ will know that its eponymous heroine is based on a real person. Alice Liddell was the fourth child in the Liddell family. They were friends with Charles Dodgson AKA Lewis Carroll and it was on a boating trip that he whipped up the tale of Alice and the White Rabbit which Alice encouraged him to write down. ‘Alice’s Adventures in Wonderland’ were born.

Alice lived most of her life in and around Lyndhurst in the New Forest. And it’s handily not that far away from where I live. It seemed only right that after photographing Lewis Carroll’s final resting place, I should do the same for Alice herself. 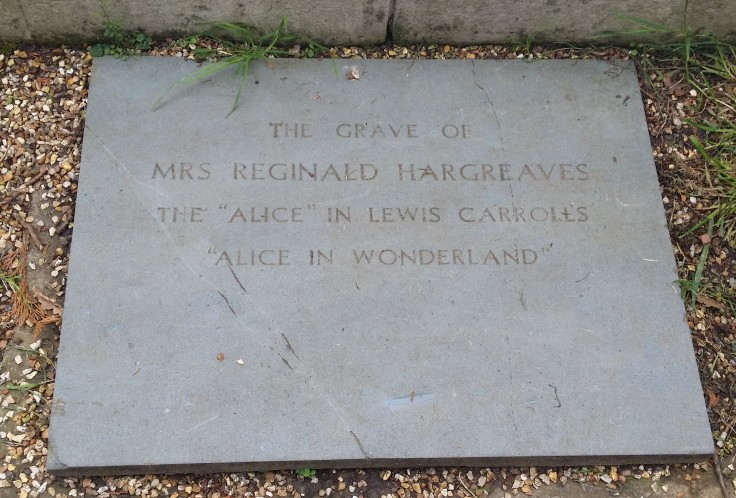 You can find her around the back of the rather grand St Micheal and All Angels. A handy sign points the way. On the headstone, Alice is referred to as ‘Mrs Reginald Hargreaves’, which does jar, but put that down to the times in which she lived. 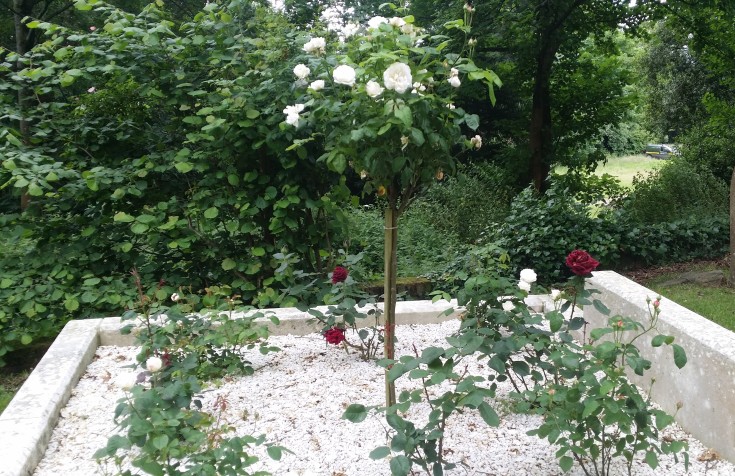 The grave itself has a rather lovely white stone memorial. It contrasts with the very apt red and white rose bushes planted inside. 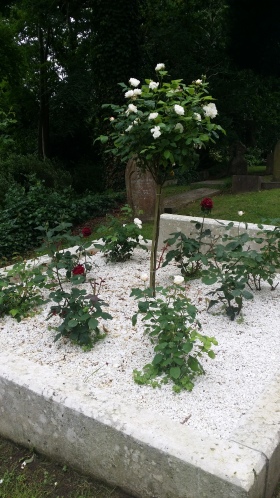 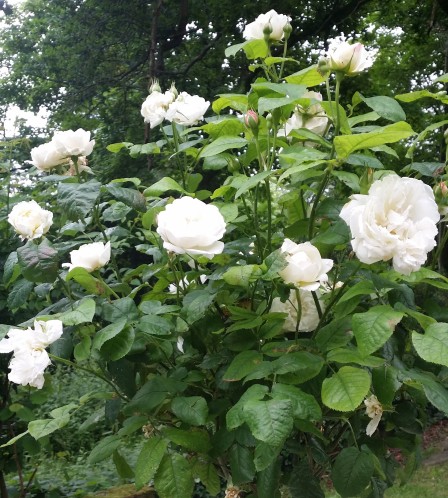 If you’re ever passing through, I would definitely recommend stopping by to  see this charming site.