Following in the footsteps of Harry Potter, a visit to the ancient Bodleian Library in Oxford is a treat for fans of the HP movies and of course, books. 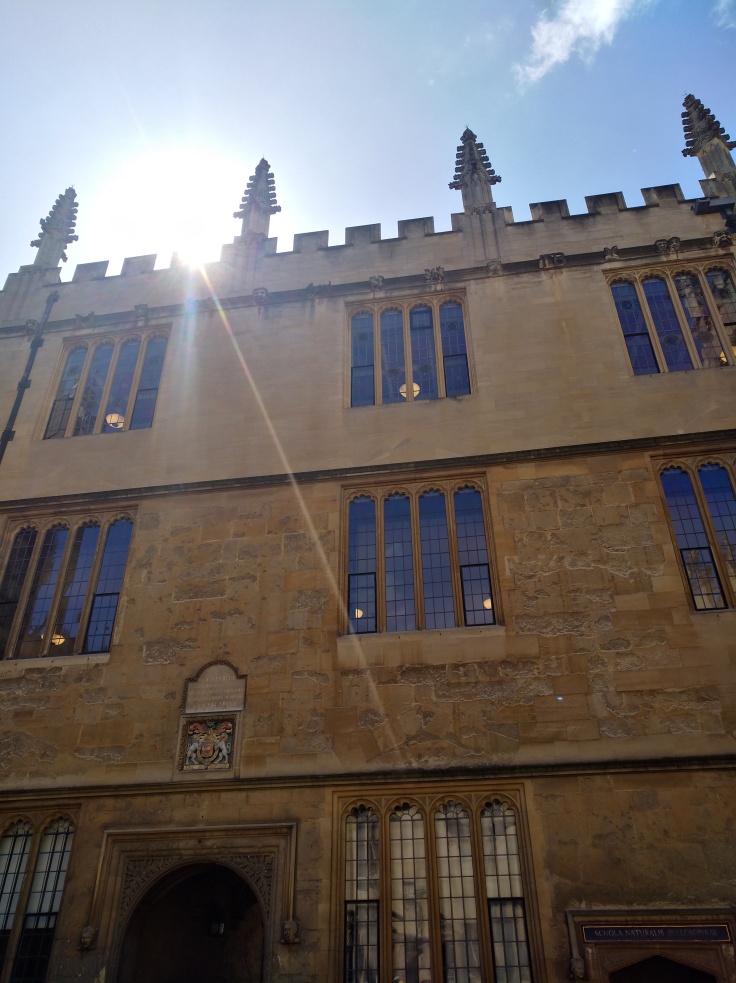 The Bodleian Library is one of a group of libraries across Oxford collectively known as the Bodleian Libraries. The library tours take place in and around Duke Humfrey’s medieval library and the Radcliffe Camera. We did the standard tour which takes 60 minutes, costs £8 and takes in the Divinity School, Convocation House, Chancellor’s Court and Duke Humfrey’s library. You can also do a mini-tour of half an hour and an extended tour that takes 90 minutes.

The library opened in 1602 but incorporates an earlier library built in the 15th century for books donated by Humfrey, Duke of Gloucester – hence Duke Humfrey’s Library.

The standard tour starts in the Divinity School. 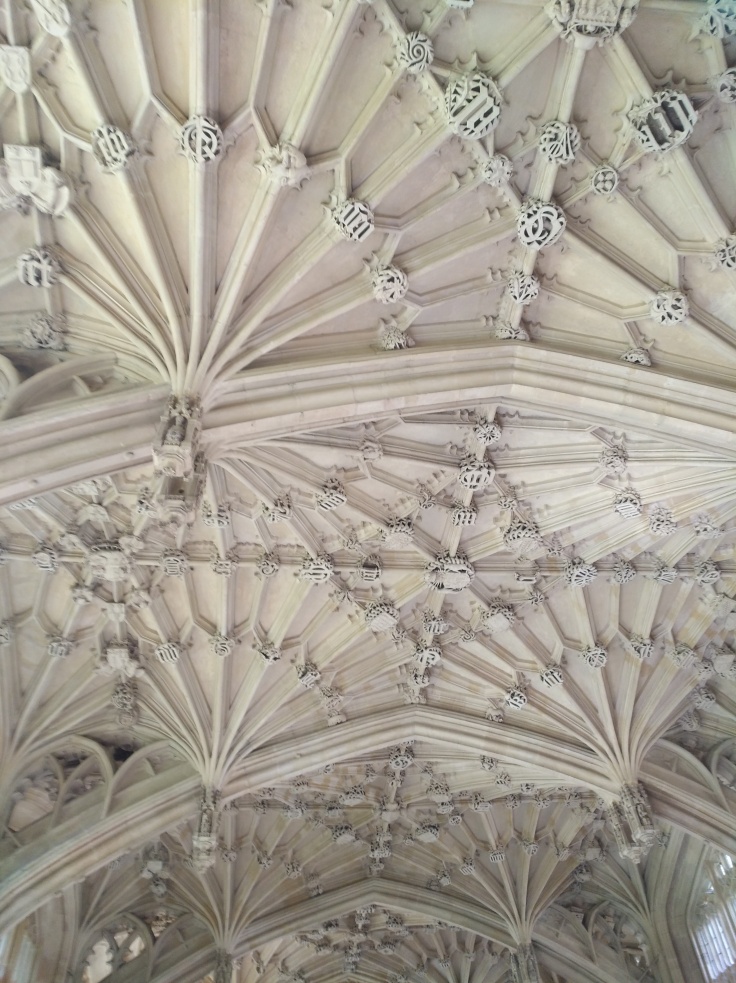 You can see a few more photos and see the Harry Potter connection in my post from a previous visit.

After this, you’re led into the Chancellors Court and Convocation House. 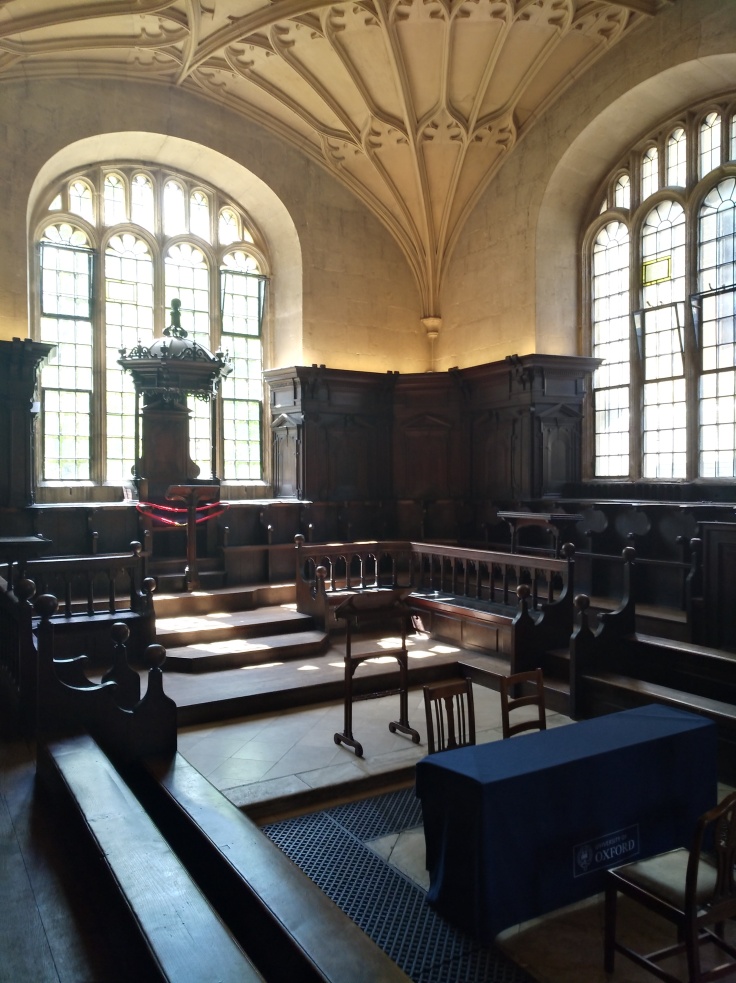 The library was purged of many ‘superstitious books’ by the Dean of Christ Church in 1550. The Bodleian as it is today was brought back into being by Sir Thomas Bodley in 1602.

These rooms have a lot of fascinating history (as told by our tour guide), but they’re not much to look at. They are still used though. When the library was first opened, anyone, student or not, could join. You just had to take an oath. And this is still the case today. They were setting up for some oath-taking, as we went through.

Such was the number of books the library had, an underground storage area was built in 1902-12. But even that was not enough and a new library was built just over the road in 1940. Once called the New Bodleian, it’s now known as the Weston Library.

I’d love to be able to show you the reading rooms, where scenes from the Harry Potter movies were shot (along with the Divinity School), but unfortunately, photography isn’t allowed. These are beautiful though, stuffed with old books chained and locked as they would have been in days gone by to prevent theft. They’re not quite as stuffed as they used to be – our guide mentioned how at one point there were so many books upstairs, the walls below began buckling!

It’s a great place to while away an hour (or longer), especially if you’re a book fan.

Upton House Library
A Bookshop to get Lost in – Regent Furniture and Books, Wantage
A Tour of the British Library
My Books

4 thoughts on “The Bodleian Library Tour”