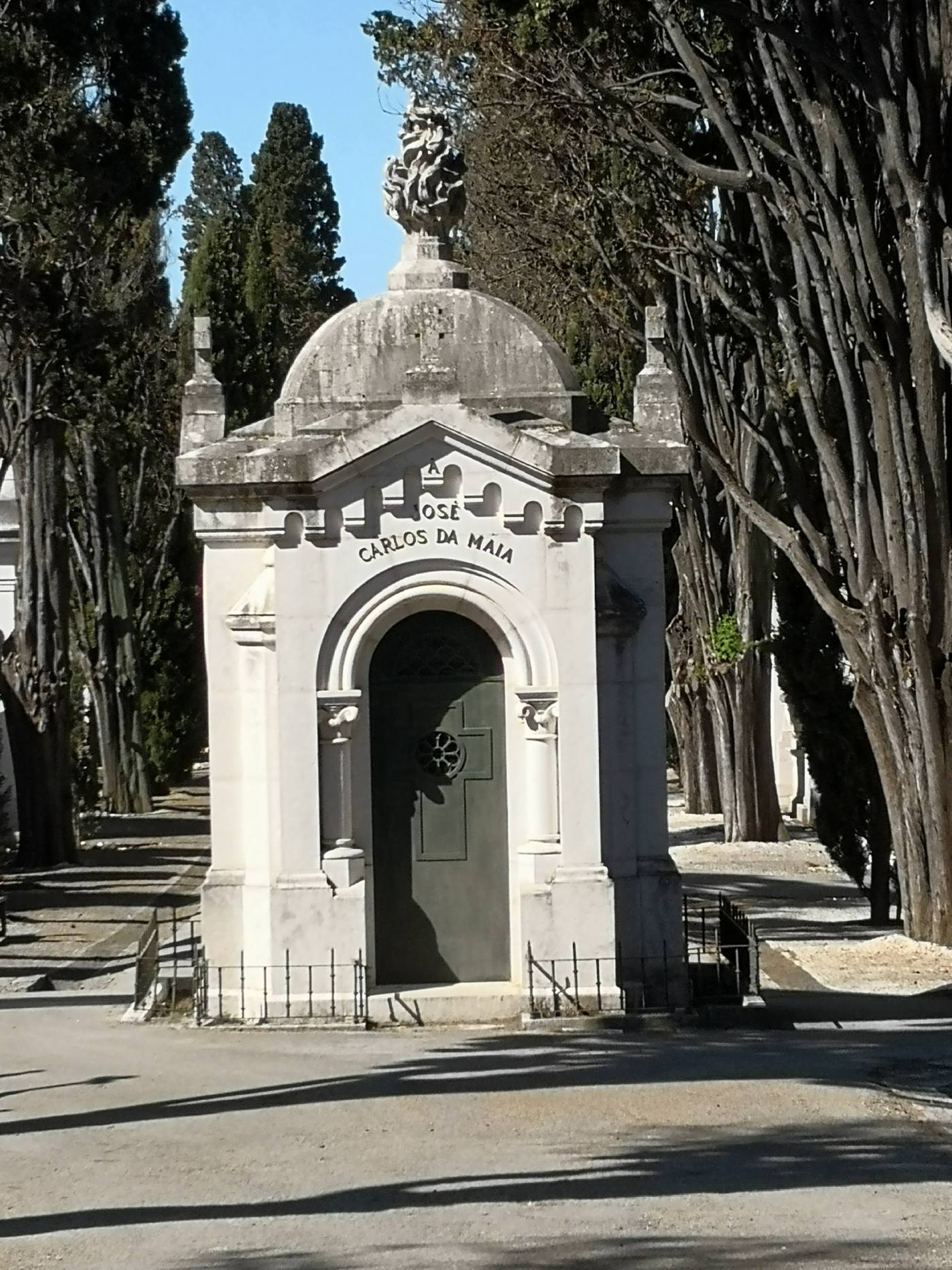 High on a hill in Lisbon, lies a remarkable graveyard. Its tombs are lined up in streets, an echo of a town – or maybe its ghost. It was built in 1833 after a cholera outbreak.

You can reach the cemetary by walking, or by riding tram 28 to it’s last stop in Prazeres thereby hitting two touristy things in one hit. On a warm day, either option may be a bit uncomfortable – but at least the tram saves your legs! As you arrive through the sweeping entrance, a grand chapel welcomes you.

As with many cemeteries its a peaceful place – apart from the planes flying over every ten minutes or so. But I don’t think the residents here are complaining.

Branching off the main path, are 70 “streets”, lined with tombs and graves, large and small. 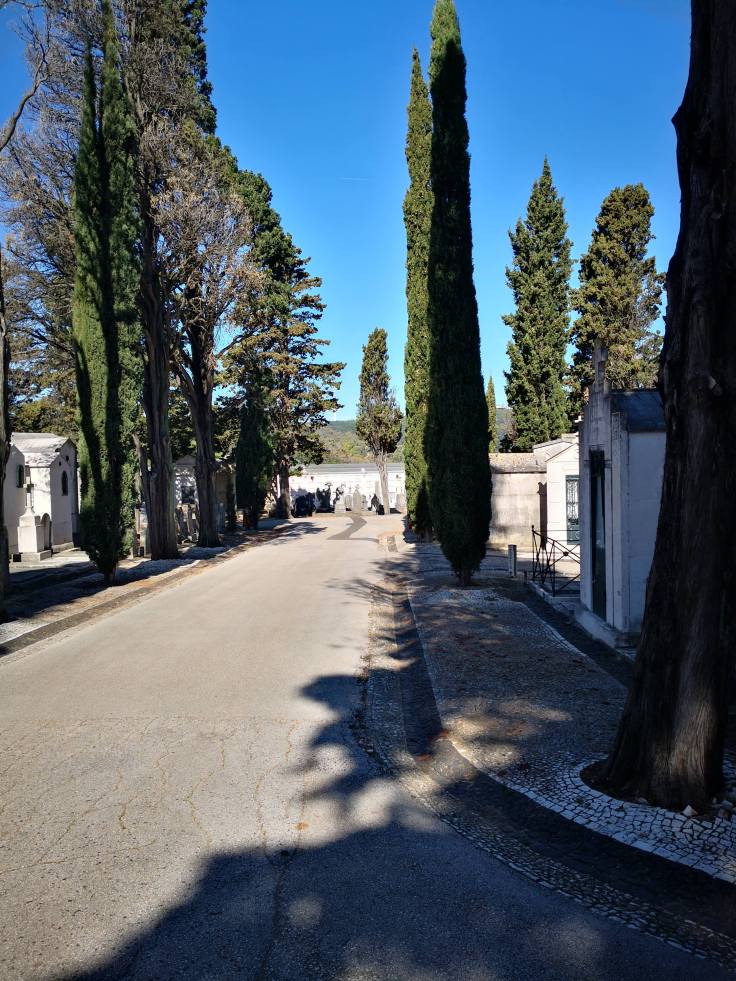 Branching off this main path, are a number of little “streets”, each lined with tombs, both large and small. Smaller gaves line the walls, privy to a spectacular view over the river Tagus and 25 April Bridge.

It’s the tombs leave the biggest impression however. Many of them have glass front doors (some with lace curtains) through which you can actually see the caskets of the departed, gathering dust for eternity. 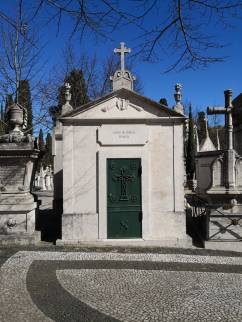 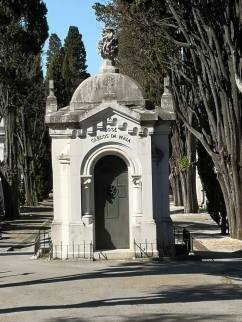 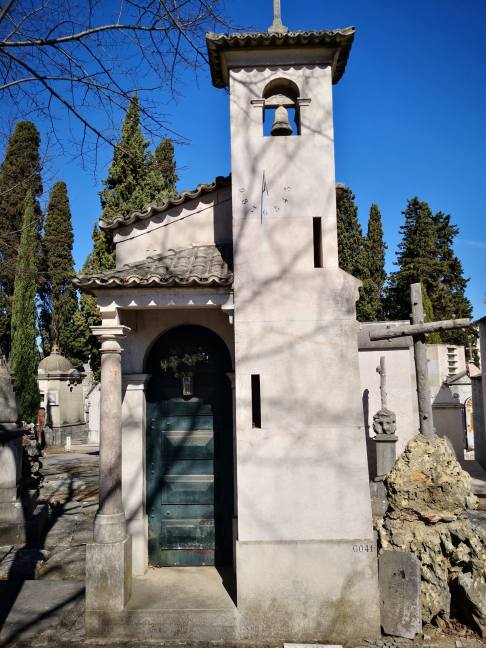 I was a bit shocked by this, which isn’t to say it was horrific, it’s more a reflection about the culture I’ve grown up in. I’ve only been to one funeral where the coffin was present and trying to get my head around that was hard. And I’ve seen many graveyards and tombs and ancient skeletons even, but this was up front and personal in a different way.

Even though the windows were there on purpose so people could pay their respects, looking through them myself felt intrusive. Which is why I didn’t take any close-up photos of them either. 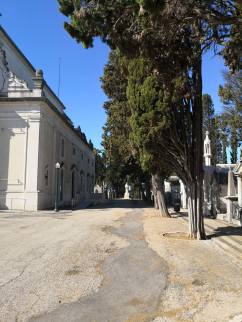 Whatever your own experiences, it’s a fascinating place to visit and it’s nice to be removed from some of the cities busier areas for a while.  Inspiration wise, there’s scope for your traditional horror story here, but I also like the idea of this being a small “ghost” town a bit like Neil Gaiman’s “The Graveyard Book” or Terry Pratchett’s “Johnny and the Dead”.

What do you think of this place? Let me know in the comments?

Brookwood Cemetery – A Final Resting Place in the Woods

A Visit to Glasgow Necropolis

Symbolism and Status – An Enlightening Tour of Highgate Cemetery West