Oh look another ruined building! If you’re a regular reader, you’ll know these pop up a lot, but this one has a twist – it was ruined on purpose. 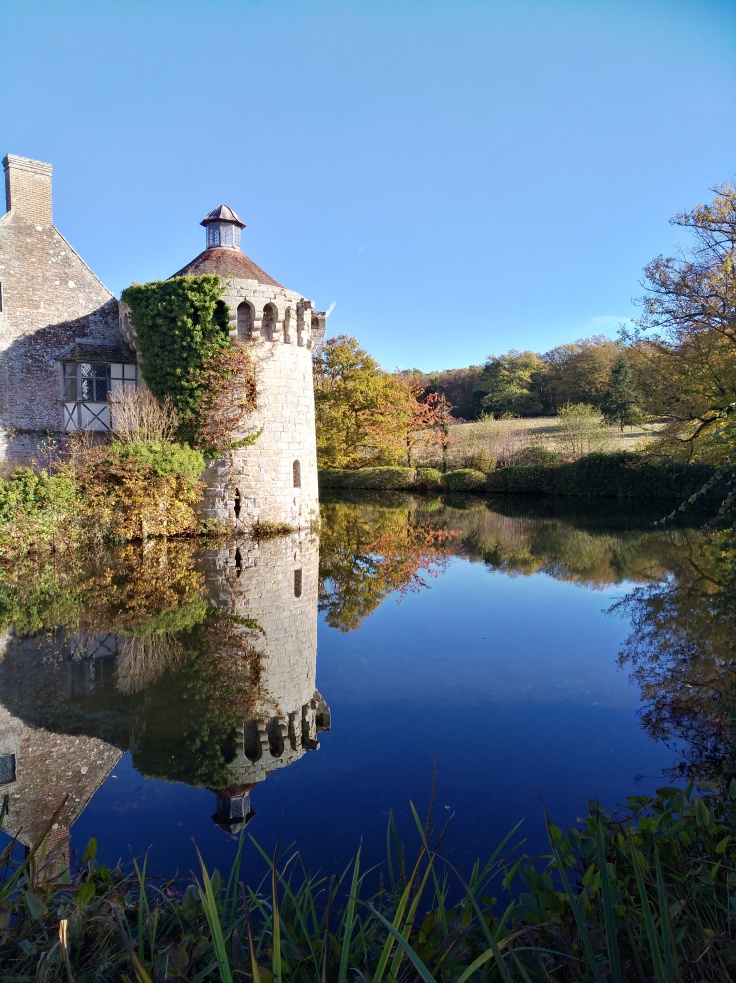 Scotney Old Castle sits in lovely landscaped grounds, below Scotney New Castle, a Victorian house built to replace it between 1835 and 1843. If you didn’t know any better, you might think the old castle had become decrepit over time or was damaged during the Civil war. 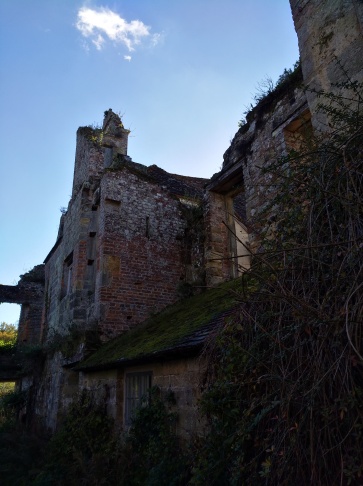 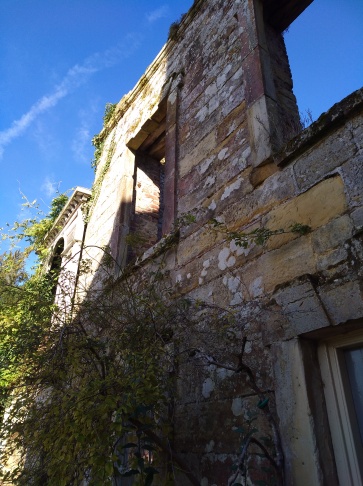 But the truth is that Scotney Old Castle used to be the families main home. Edward Hussey III decided to build the new castle and as part of that wanted his grounds to have a “Picaresque” aesthetic. His old family pile provided the perfect opportunity for a “romantic ruin” so he partially ruined it to become a feature in the new gardens.

The weather was particularly kind this day allowing me to get endless sun-kissed shots of the outside, that really show off this ruin at its best.

The house and grounds have a few interesting facts around them. The Richard Gere film “Yanks” was filmed there, and the money was used to update the kitchen (hence why it looks very eighties!)  The band “Squeeze” filmed a music video here, and Margaret Thatcher, former Prime Minister, had an apartment in the New Castle for a while.

The inside of the building is fairly bare, and honestly a bit creepy with an old child’s bath chair, stairs that go nowhere, and an old Priests Hole. But the exterior is beautiful and a perfect setting for a historical romance. 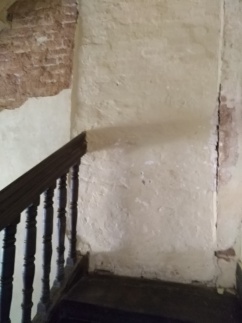 Have you visited Scotney Castle? What kind of story could you set here? Let me know in the comments.

Massey’s Folly – A Gothic Mystery
Stone Cottage in the Woods, Snowdonia
Brookwood Cemetery – A Final Resting Place in the Woods