If there one period of history I love most it’s got to be ancient history. The pre-history of the UK holds a special fascination and seeing as I live here, it’s easier for me to visit what remains of it. 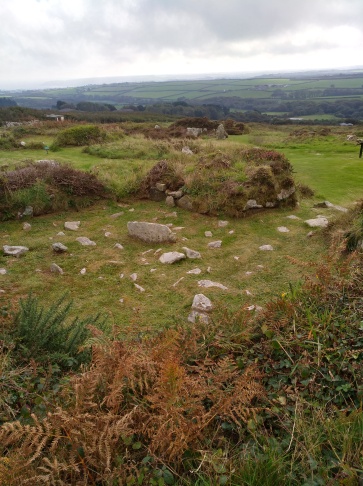 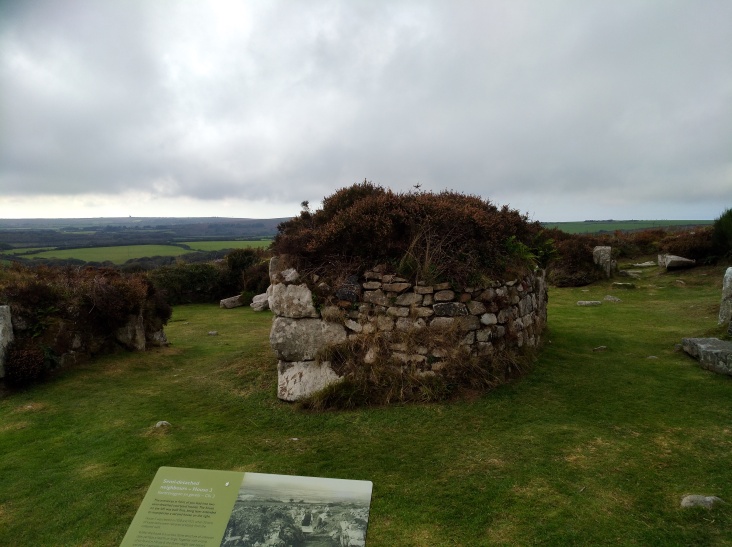 Chysauster Ancient Village near Penzance in Cornwall, is an Iron Age settlement consisting of a number of ‘courtyard houses’ found here and on the Isles of Scilly. It sits on top of a hill, providing stunning views and a vantage point to spot potential attackers.

There are around ten houses here in various states of repair and excavation. They each have their own courtyard, and the rooms off it would have had stone walls and thatched roofs. The houses are arranged around a main ‘street’

On a blustery, overcast day it’s not hard to imagine the community living here, farming the fields, and tending their animals. You almost see smoke rising from the courtyards as people work metal, and hear dogs barking, and children laughing as they play down on the street.

It’s an oddly restful place too, although I’m sure life was hard enough for the inhabitants. I have a particular fondness for ancient British history. The lack of contemporary texts, and wild, woodland covered landscape, mean it’s easy to conjure up a dark world of myth and legend.

Chysauster is open April to November, and it’s free if you’re with English Heritage.

Have you ever visited this place or any other ancient dwellings before?

One thought on “Follow the ancestors – Chysauster Ancient Village”