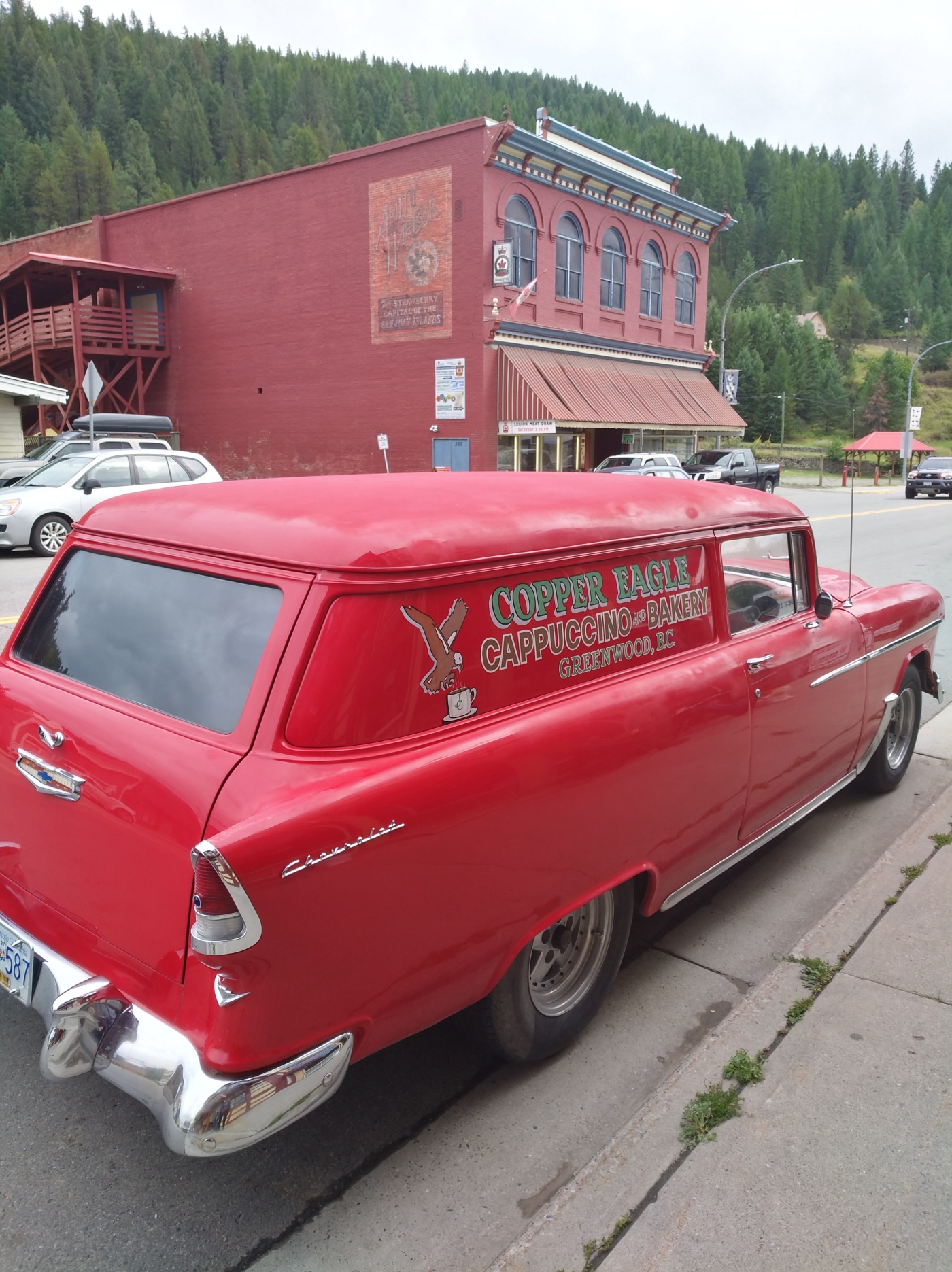 There’s so much I could say about British Colombia…but I won’t as it’s probably already been said. Still, I want to share some of my photos with a little commentary along the way. Hopefully, you’ll find them as interesting as I did. 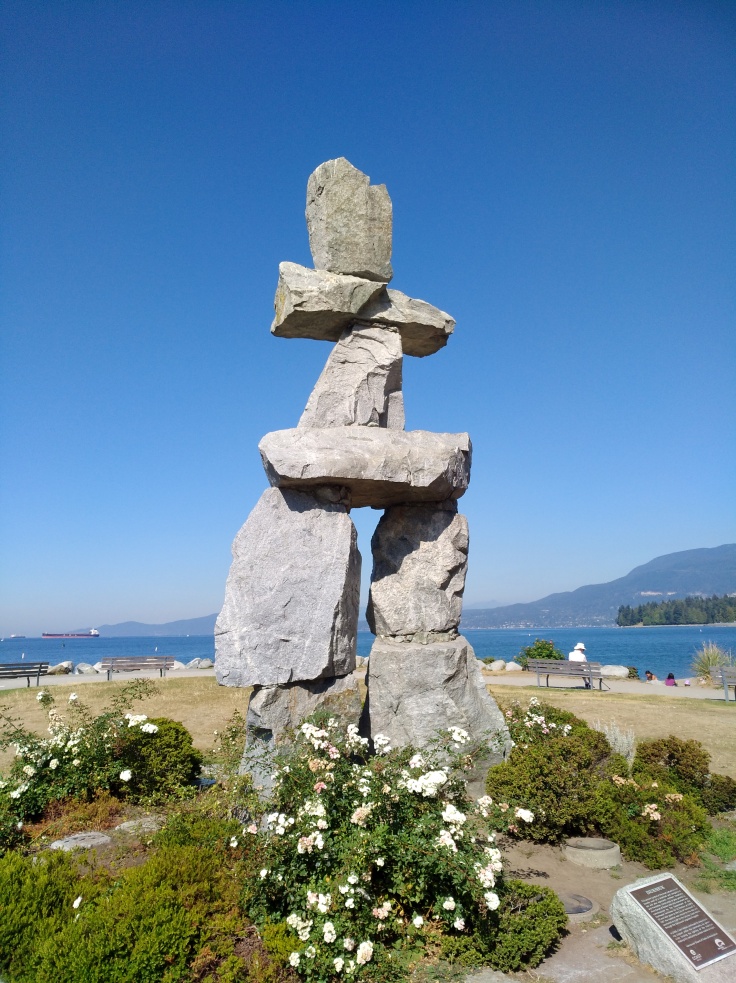 This is an Inuksuk, a manmade stone landmark or cairn built by native people in the Arctic region of North America. This one in Stanley Park was moved here in 1987. 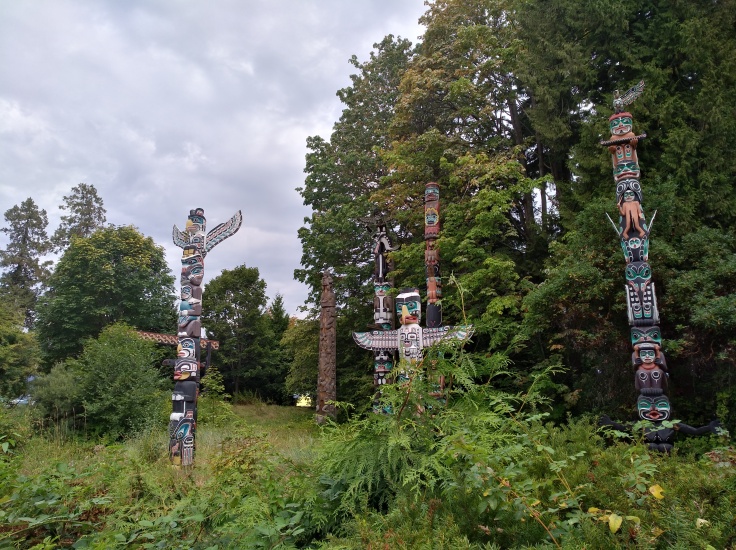 This collection of Totem poles at Stanley Park began in the 1920s – but these are not the original Totems. They’re replicas, carved to replace the originals as they were starting to rot. 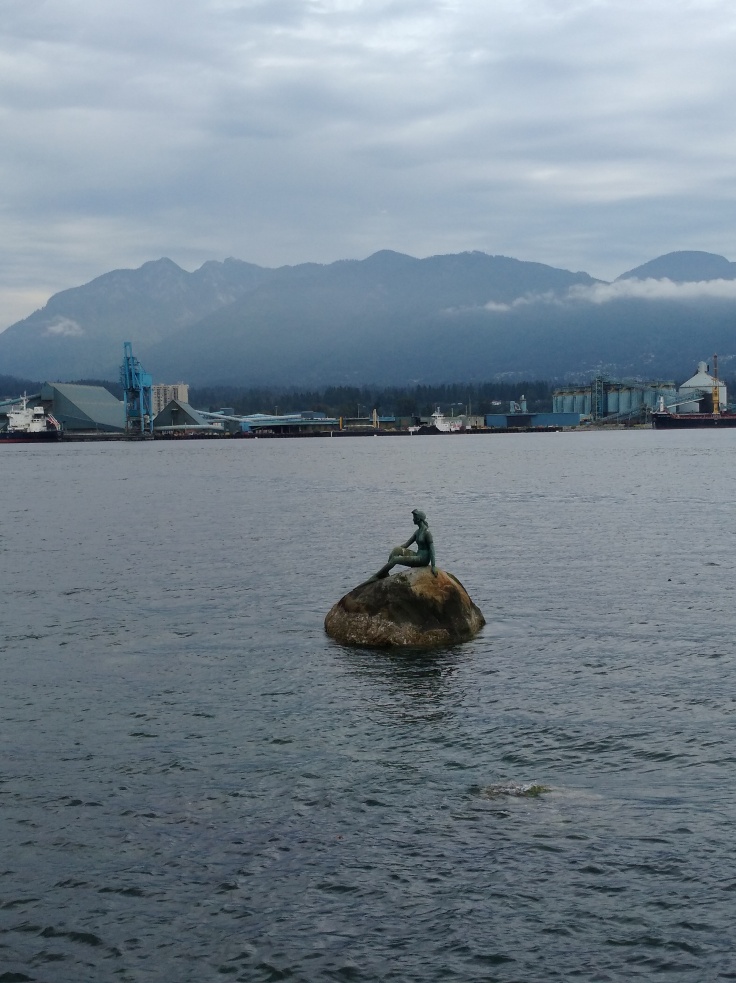 The “Girl in the Wetsuit” sculpture was created by Elek Imredy in 1972. It may remind some people of “The Little Mermaid” in Copenhagen – but the artist insists it’s not a copy! 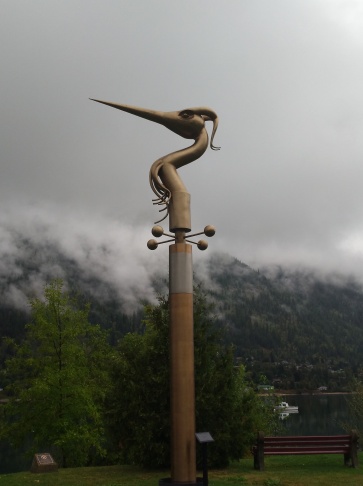 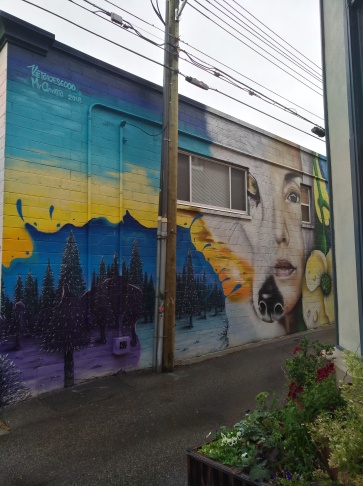 Nelson was one of our favourite stops. It’s an offbeat place situated by a large lake, surrounded by gorgeous forest-covered mountains. There’s fab public art pieces to be found… 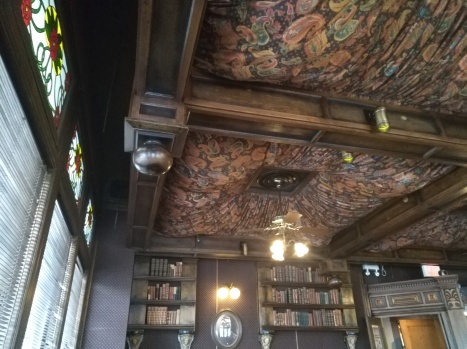 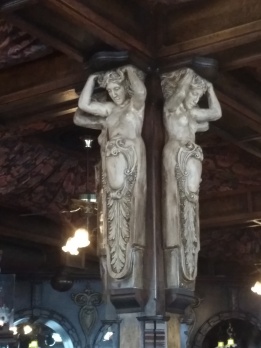 And quirky places such as The Library Lounge at The Hume Hotel, opened in 1898. We didn’t stay here but we had to visit and were not disappointed by the Victorian Gothic interior. Plus lunch was pretty good! 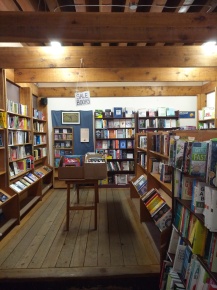 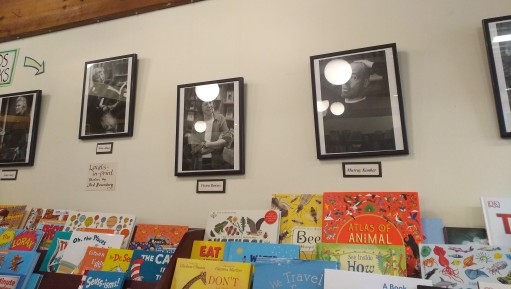 Last but not least we found an independent bookshop Otter Books, which not only has a great name but also includes a wall dedicated to photos of local writers. 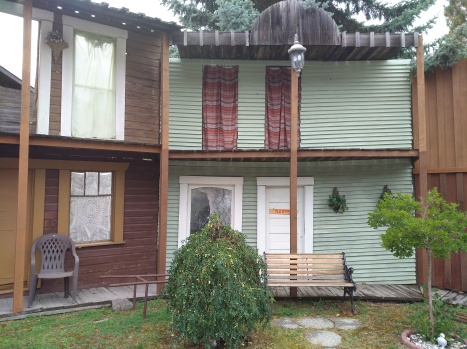 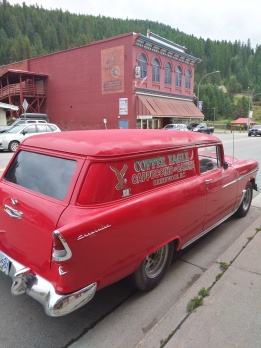 Stopped here on one of our travelling days. It’s the smallest city in Canada and like walking through a living museum. Great bakery too. 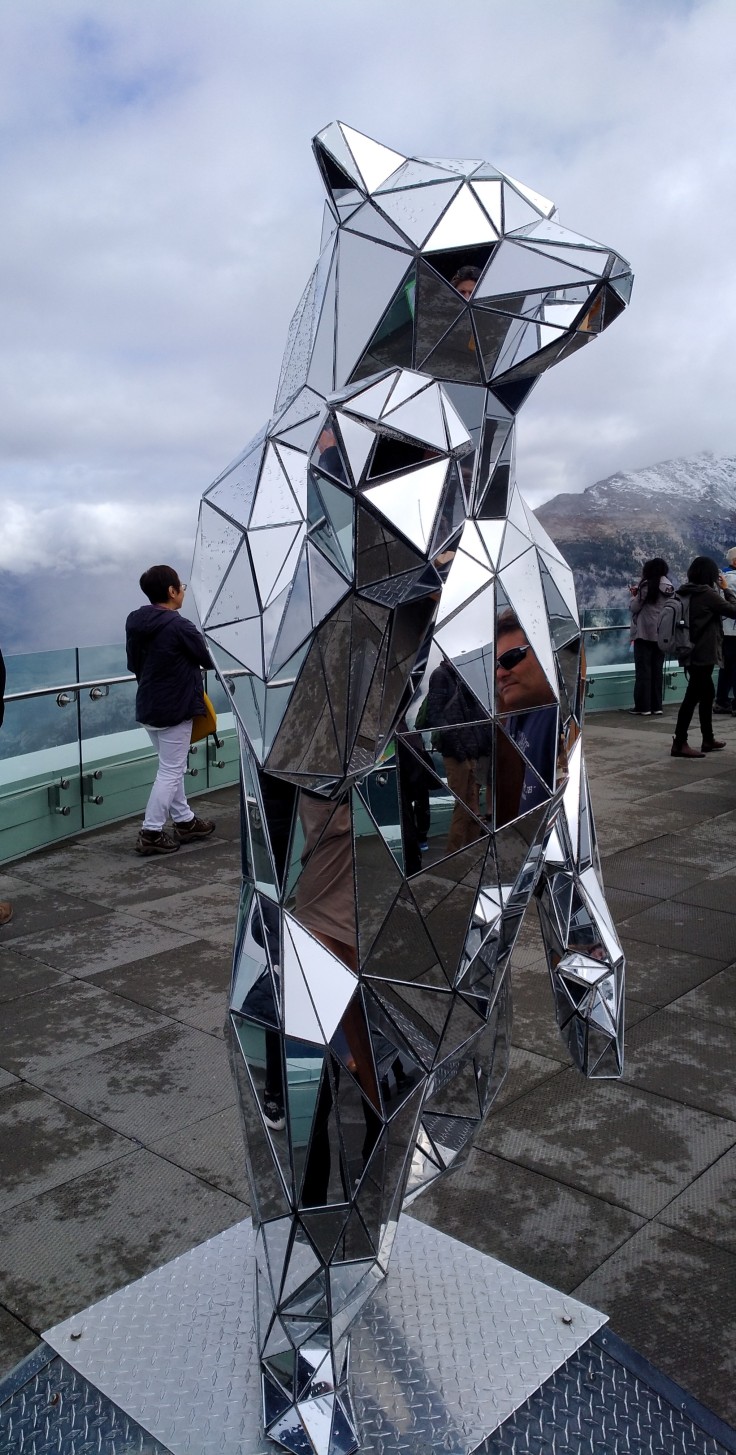 Found this snazzy-looking bear statue at the top of Sulphur Mountain. This was the closest we got to a bear, although we did spot one whilst on a mountain cable car! 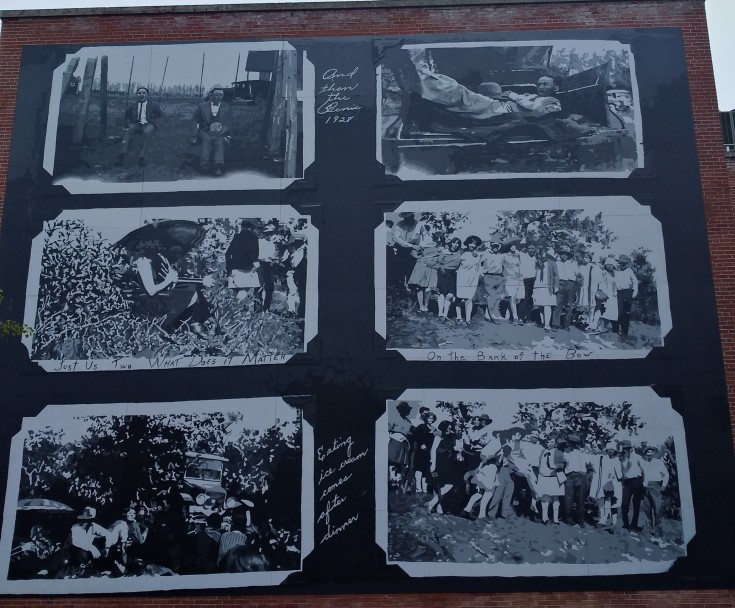 This is a cool wall mural behind the Mount Royal Hotel. It’s by artist Fonda Sparks, who based it on family photos taken around Banff in 1928. 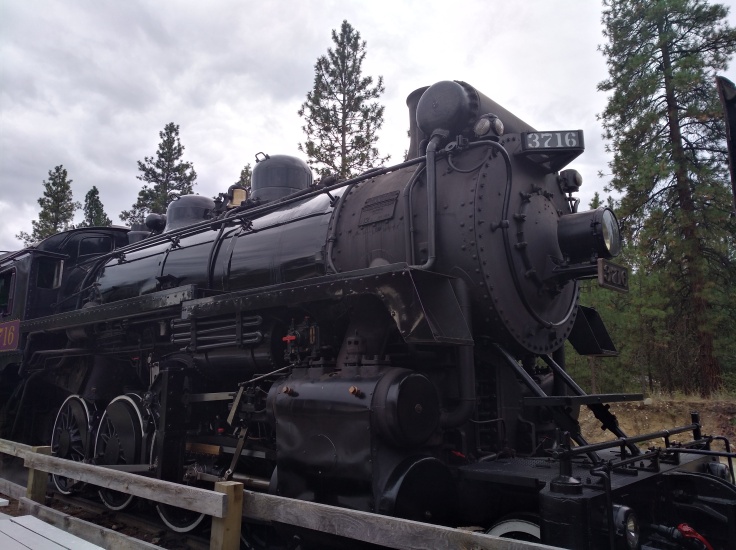 “Eight-eight miles per hour!” Yes, ‘Back to The Future’ was the main reason we went on the Kettle Valley Steam Railway. And it was totally worth it. 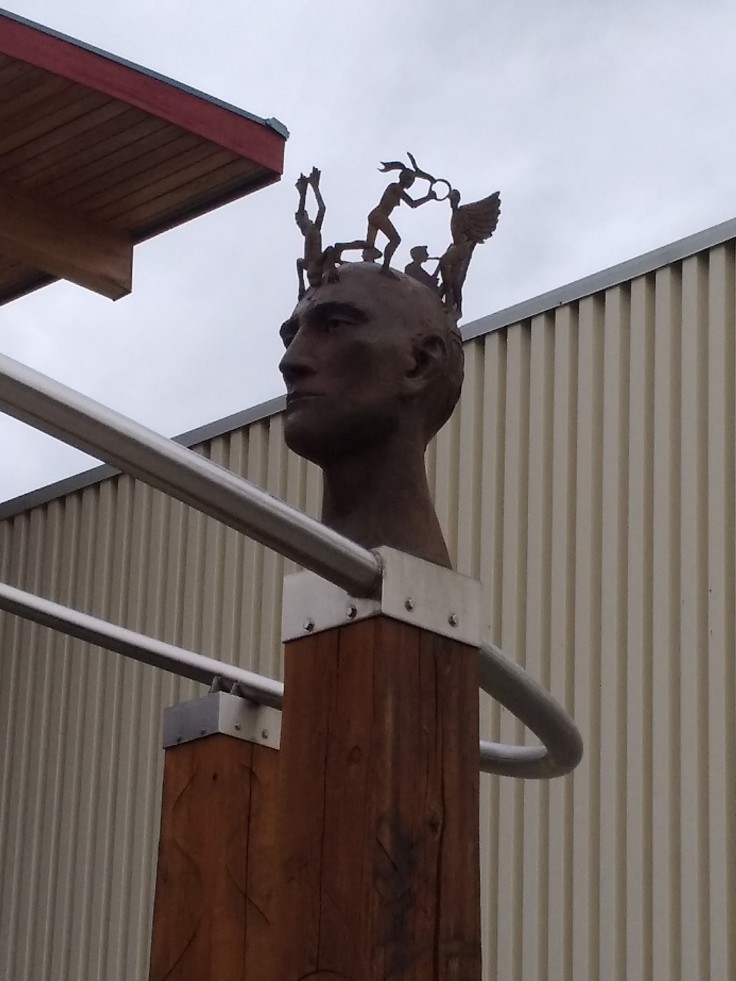 I liked this piece of public art because it looks like what my brain does as soon as I try to sleep. And fittingly it’s called “Concept to Creation” by Diane Gorvin. 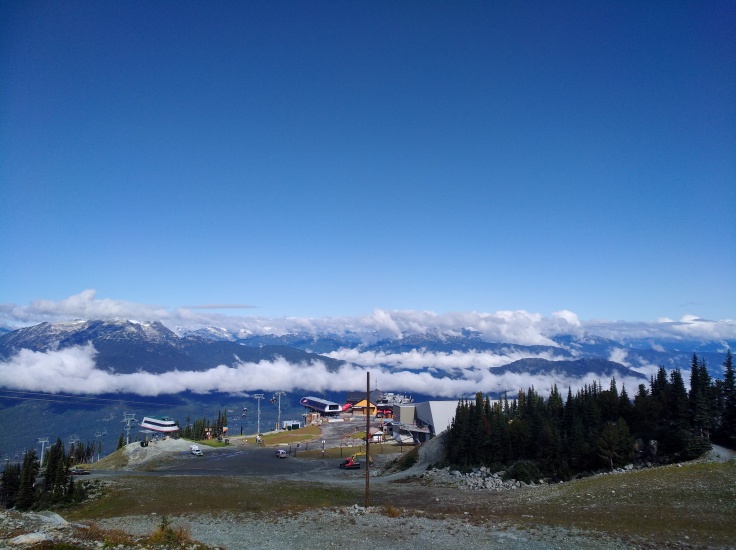 The view from Blackcomb Peak. No extra words needed.

So that’s a brief snapshot of our trip. If you’ve visited any of these places or live in them, I’d love to hear from you. Let me know your thoughts in the comments.

Abandoned Buildings in the Azores – Part 1

7 thoughts on “Quirks, Inspiration, & Books! My Highlights of British Colombia”