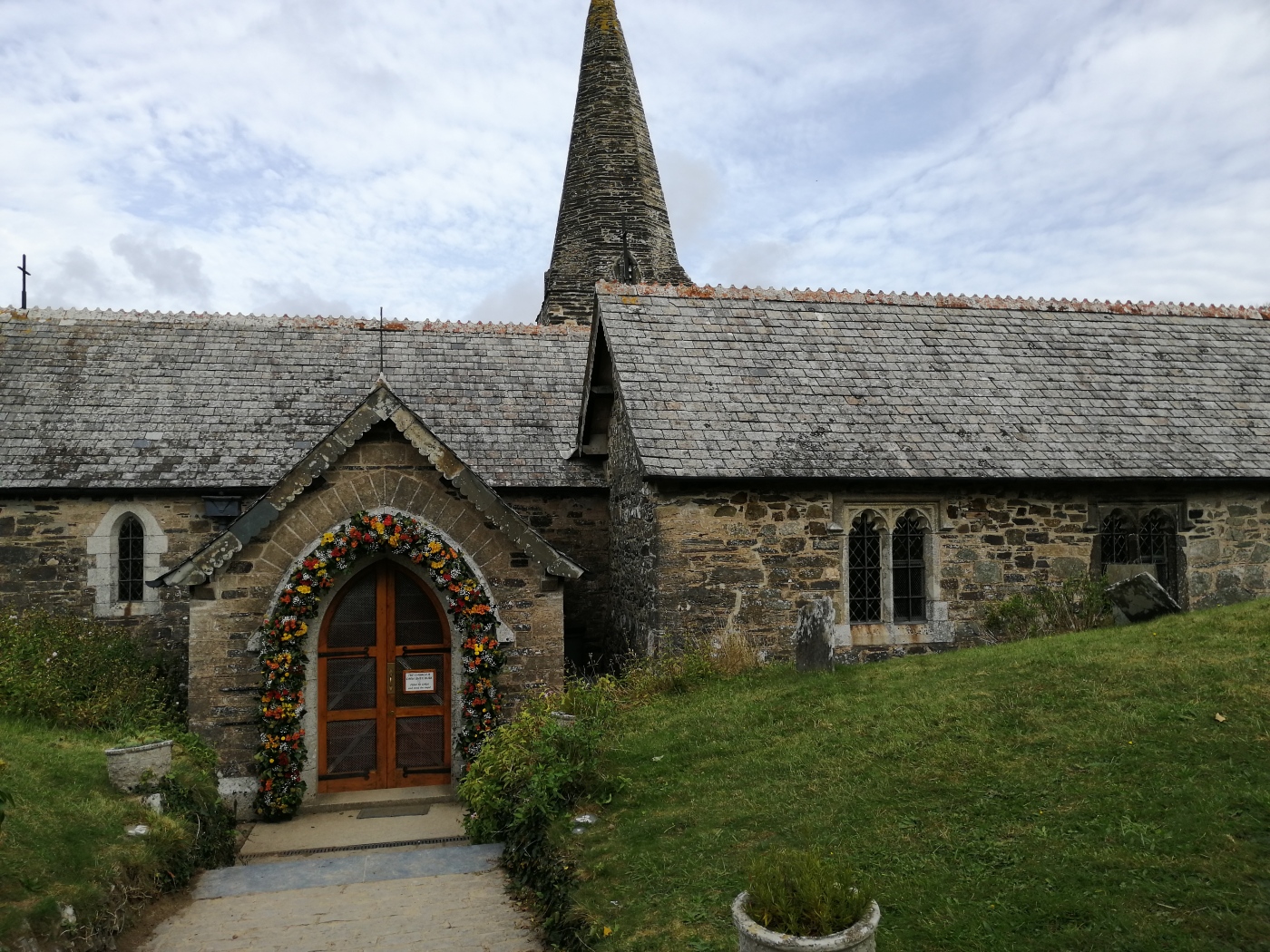 St Enodoc Church can be found hunkered down in the sand dunes at Trebetherwick, surrounded by a golf course. It’s not the usual spot for a place of worship, and the building itself is also a curiousity. This unusual spot might be reason enough to visit, but it also happens to be where you’ll find the grave of the much-loved well-known writer Sir John Betjeman.

The church is surrounded by tall, dense evergreen hedges, so you can only spot it’s rather wonky looking tower from afar. The oldest part of the church dates from the twelfth century and is said to be built where Enodoc the Hermit once lived in a cave – but really there’s not much about who Enodoc actually was, or even if they existed at all.

Built among dunes, from the sixteenth to the middle of the nineteenth century, the church was virtually buried by sand. The vicar and parishioners were forced to enter through a hole in the roof, until in 1864, the church was properly unearthed and restored.

You can find Sir John Betjemen immediately to the right after you enter through the gate. His black gravestone is ornately enscribed with a swirling script.

Betjemen had a long and varied career. He started at Oxford, leanring English under C.S. Lewis – who unfortunately thought he was an “idle prig”. Betjemen was not fond of his tutor either, nor of the course at Oxford and failed pretty miserably. This didn’t seem to have a lasting impact on his career and he went on to publish many poetry collections, guidebooks and books about architecture. In the 1970s he went into broadcasting, and in 1972 was chosen as Poet Laureate, a position he retained until his death. This role combined with his popularity on TV meant his poetry became and continues to be very popular.

The writer had a long connection with Cornwall, having holidayed at Trebetherick as a child and in 1959 he bought a home overlooking the 12th hole of the golf course. He’s connected to St Enodoc not only as his final resting place but also via a poem he wrote about the church:

Then the cool silence of St Enodoc,

A grave, a stile, a dandelion clock

Then the cool silence of St Enodoc

A clergyman attends his little flock:

Even if you’re not remotely interested in Betjemen, St Enodoc Church is a lovely place to visit, especially as a stop off on a walk. What do you think? Please share in the comments.

More about my books