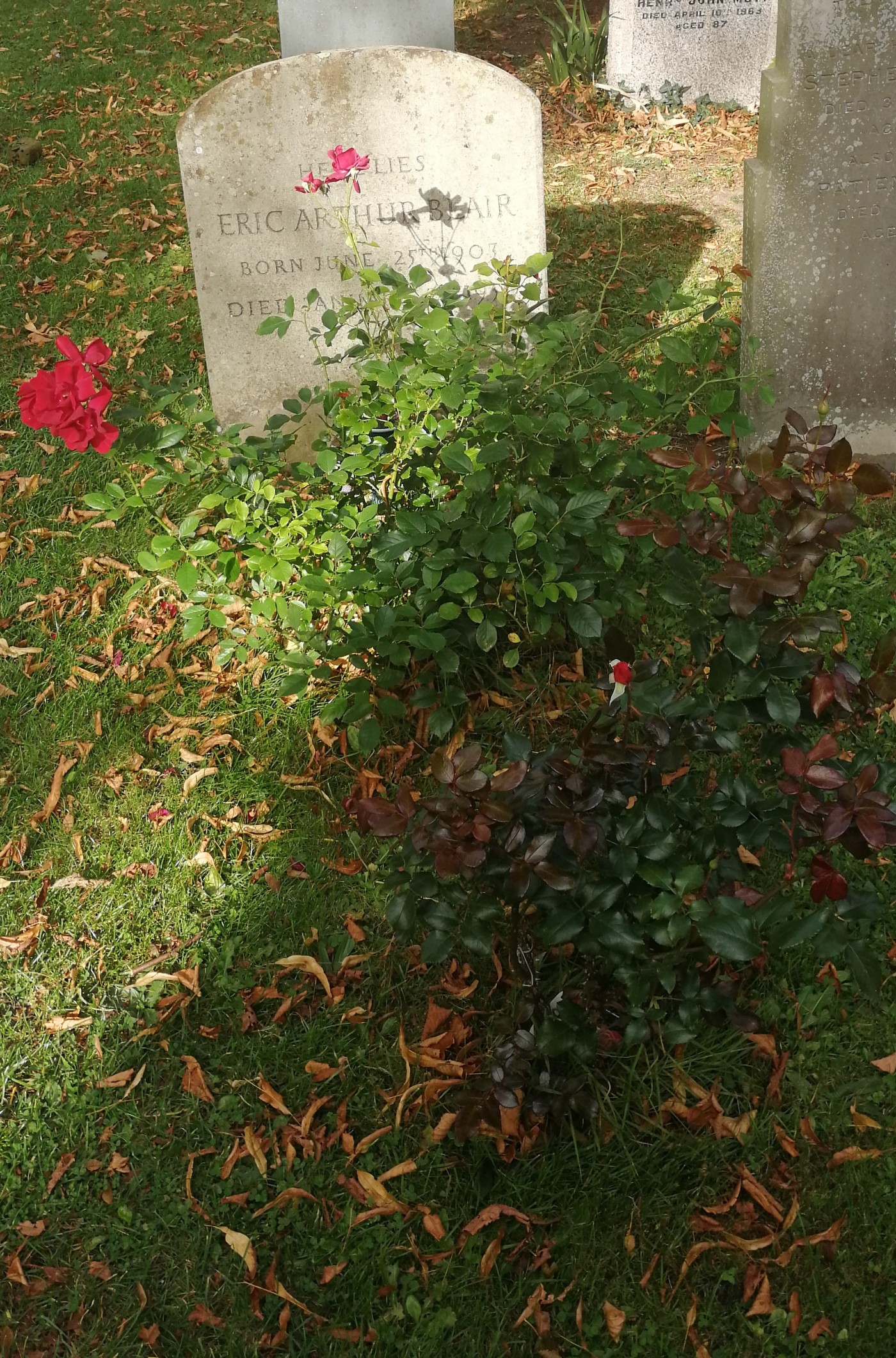 George Orwell is arguably the father of modern dystopian fiction. A lot of terms we use in everyday life (perhaps more frequently than we’d like in recent years) come from his most famous work “Nineteen Eighty-Four”. “Big Brother”, “Room 101”, “Thought Police” all come from his nightmarish vision of what was then the future, now the past, evoked by switching the last two digits of the year Orwell wrote it in 1948.

George Orwell’s real name was Eric Arthur Blair and he’s buried under said moniker in the quiet churchyard of All Saints in Sutton Courtenay, Oxfordshire. It’s a plain gravestone, with no mention of his alter ego or his work. A couple of roses and a few coins left by well-wishers on top of the headstone are the only adornments.

It’s perhaps not surprising that it’s a simple memorial. Orwell was not a man who lived a wealthy life. Although he came from a comfortable middle-class background, he spent time living with and documenting the lives of the poor inbetween stints as a policeman and teacher.

He was also an atheist, so it’s a bit odd his final resting place is in a rural English churchyard. But despite his non-religious beliefs, he did want an Anglican funeral albeit in whatever was the nearest grave site to where he died. This turned out to be London, but with no space in the local graveyards, his friend David Astor (of the famous and very wealthy Astor family) arranged for Orwell to be burial in All Saints where Astor lived. Astor himself is now buried just behind him.

Given Orwell died relatively young, he packed a lot into his life. Living through two world wars and fighting in the Spanish Civil War, as well as writing “Nineteen Eighty-Four”, “Animal Farm”, “Keep The Aspidistra Flying” and “Down and Out in Paris and London”.

In fact there’s so much to Orwells’ life that I won’t even try to cover it all here. I’m not exactly a fan of his work but I certainly admire it. And you can’t underestimate his impact on the fantasy genre and literature as a whole. There’s not much to see at his grave, but I’m sure it would be worth it for a fan.

In fact if you happen to journey there on the closest Sunday to the authors birthday (25 June), you’ll likely encounter “The Orwell Society” meeting up to discuss his work in their “1984 Symposium”.

Uppark – Where HG Wells Discover the Morlocks and Mars

Find out more about my books