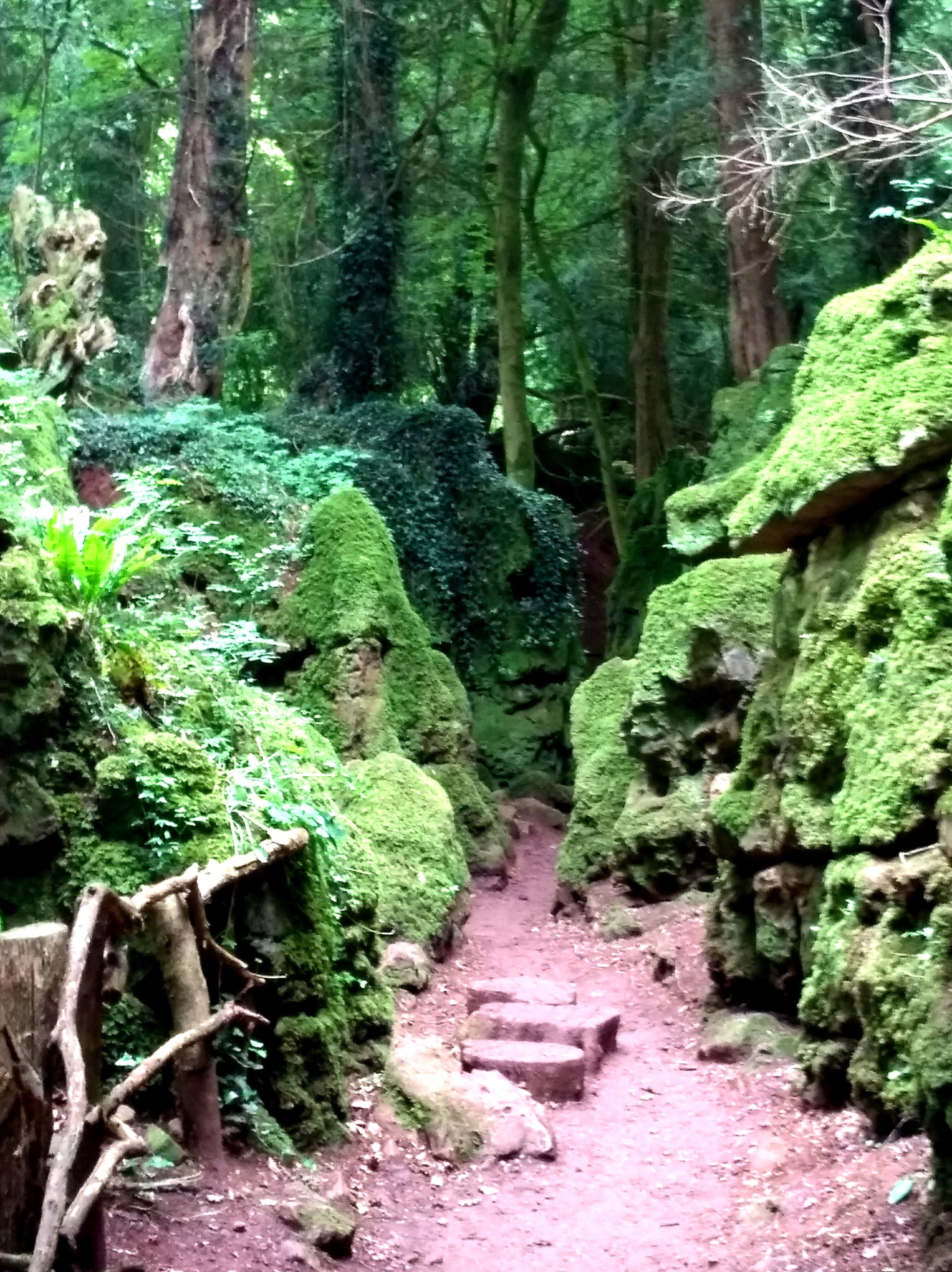 Have you ever wanted to roam around Lothlorien looking for the elves? Or test your courage in Mirkwood against the foul things that dwell there? Well pop into Puzzlewood in the Forest of Dean and you can. 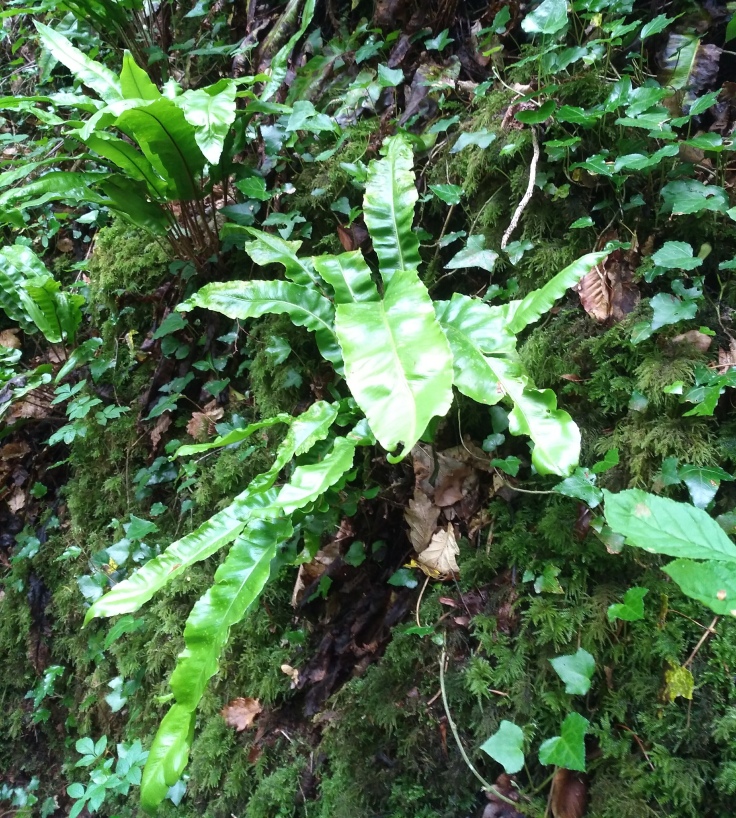 You’ll need a smidge of imagination, but not much to understand why this place is said to have inspired JRR Tolkien’s visions of Middle Earth. 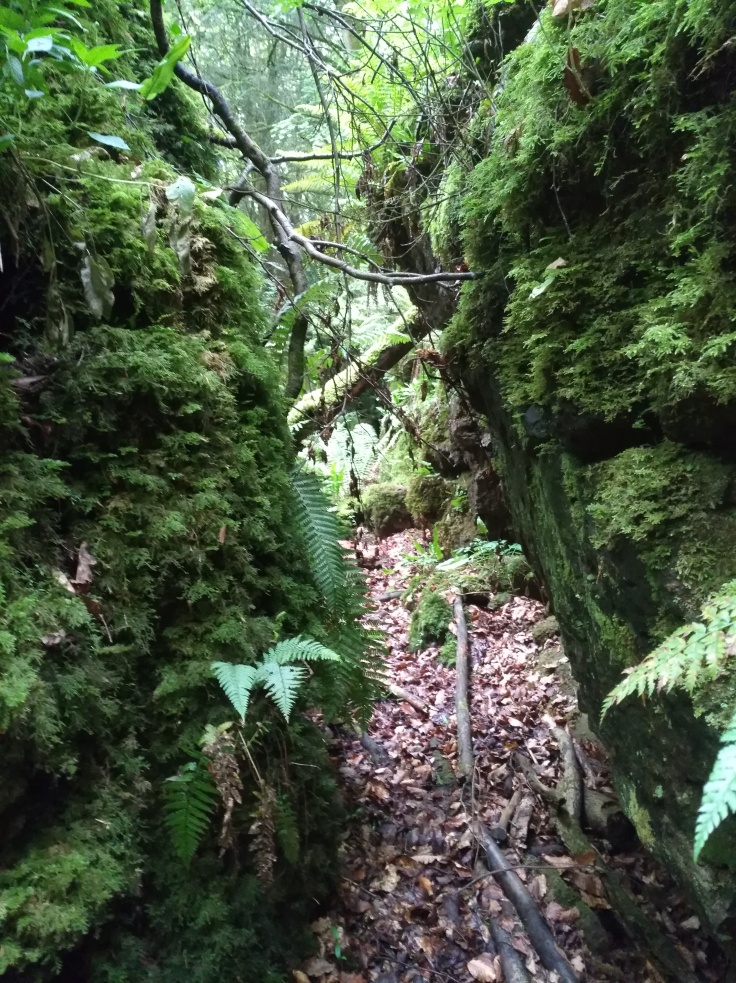 Puzzlewood is an ancient woodland, where ore was mined from Roman times and possibly earlier. It’s caves have eroded away leaving moss covered rock formations, hidden caves and lush green tangles of trees and bushes

When you first arrive it doesn’t look like much, a car park leading to some huts, a cafe and a playground. But move beyond that, down a small path and through the gate and you find yourself in a place that doesn’t seem to exist.

Steps were added in the 19th Century to make it easier to walk around but be warned, it’s uneven and slippery underfoot. Those who have mobility problems may find it tricky to get around.

It’s no surprise this magical place has been the filming location for ‘Merlin’, ‘Doctor Who’, ‘A Midsummer Nights Dream’ and most recently ‘Star Wars: The Force Awakens’. This is a place of other worlds, when a break in reality has allowed us to catch a glimpse of a hidden fairytale kingdom.

I don’t think I could possibly find words to describe it. I took a lot of pictures, but I’ve tried not to put too many on here, they can only give a flavour of the wonder.

We went at half term so it was fairly noisy and child-filled, but you could find quieter spots in the 14 acres. Be careful around the place though, it’s slippery.