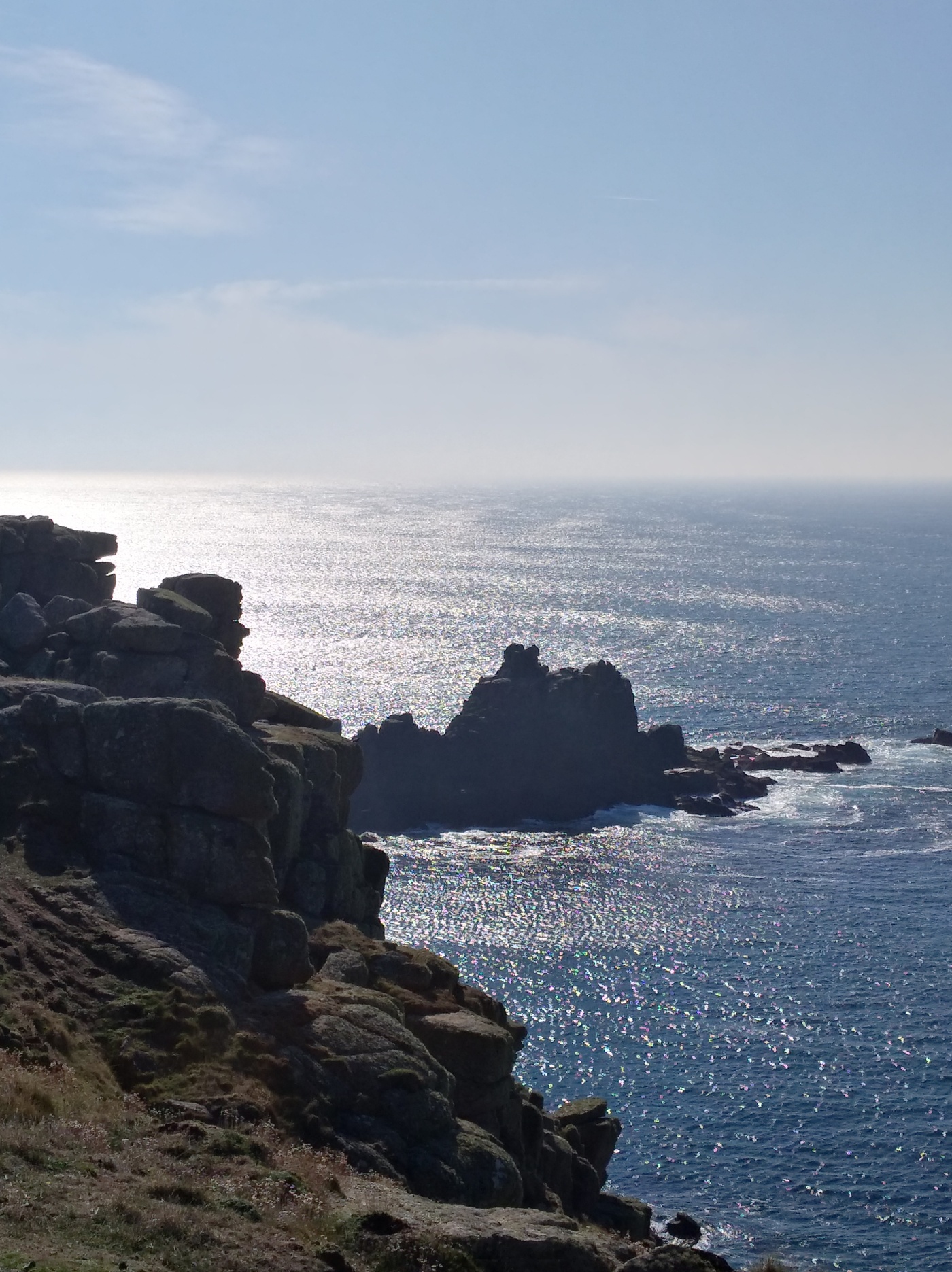 If you’re not familiar with BBC series “Poldark” let me sum it up – set in Cornwall in the eighteenth century, it focuses on Ross Poldark, played by Aidan Turner, who’s trying to make his fortunes by mining copper, and has a penchant for scything things with his top off. Ok, so there’s actually far more to it than that, but it has become very popular and has no doubt increased interest in Cornwall as a tourist destination. It wasn’t the main reason we were there (I confess, I’ve not seen many of the programmes), but if you are a fan, there’s plenty of glorious scenery to view. And if you’re not a fan, the scenery is still glorious!

You’ll find dramatic ruins of the tin and copper mines that feature in the stories. There’s actually one called “Poldark Mine”, but we didn’t get to that one. This is “Levant Mine and Beam Engine”, owned by the National Trust.

There’s also miles of rugged coastline, home to many a shipwreck and smuggler, as well as the odd windswept heroine. This is The Lizard Penisula looking suitably cloudy and dramatic.

And to top it off there are a plethora of beautiful beaches. The one below is Porthcurno, on an amazingly sunny day.

It’s no surprise that this place has inspired many an artist and writer, including Sir John Betjemen, Virginia Woolf, Barbara Hepworth, and Ben Nicolson to name but a few.

Have you visited Cornwall, or are you a big fan of Poldark?

4 thoughts on “A Visit to Poldark Country – Cornwall, UK”