Even on a dark, rainy day, Glastonbury Abbey is impressive. This vast building was once one of the richest monasteries in England. Now it’s mostly ruined. Glastonbury is a place synonymous with myth and legend, so it’s perhaps not surprising that the abbey has a few stories in its past.

The first story lies in how it was founded. The tale has Joseph of Arimathea, one of Jesus’ followers, wandering around England, and jamming his staff in the ground for safe-keeping overnight. In the morning, a bush known as “The Holy Thorn” had grown from his staff and Joe decided hey this is a great place for an Abbey.

The story of its destruction is far less pleasant. Like other abbeys, it was destroyed in the Dissolution by Henry VIII. Abbot Richard Whiting hung, drawn and quartered as a traitor on Glastonbury Tor, despite him been a signatory to the act that made Henry the head of the church. Kings, eh? You just can’t trust ’em.

hdr
Apart from the story of its founding, the other big story about Glastonbury Abbey is that it was once the final resting place of King Arthur and Queen Guinevere. Yes, that King Arthur.

Their bodies were “discovered” in 1191, just when the popularity of Glastonbury as a place of pilgrimage was waning (handy timing). They were re-buried in a black marble tomb in 1278, but after the Dissolution, they disappeared and no-one’s quite sure where they are now. All that’s no left is an outline of a grave and a rather un-impressive plaque. 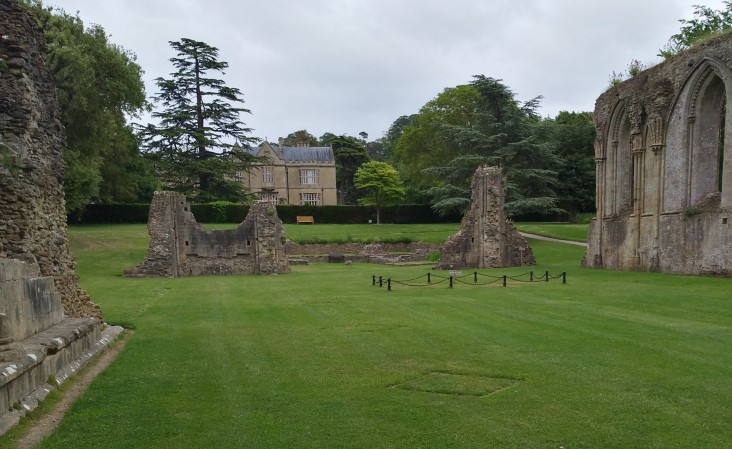 The extensive grounds have ponds, a kitchen garden, and an orchard to explore. The Abbots kitchen is still standing, along with quite a large part of the Lady’s Chapel, including the crypt where they still hold prayers.

It’s a great place to let your mind wander through its history as you stare at the ancient ruins. Did Arthur and his lady really lie here? Where are they now? There’s a story there I’m sure…

Have you ever been to Glastonbury Abbey? What did you think of the place? Let me know in the comments?

Around Well’s Cathedral and the Chained Library

A Visit to Stonehenge

2 thoughts on “Myth and Magic at Glastonbury Abbey”